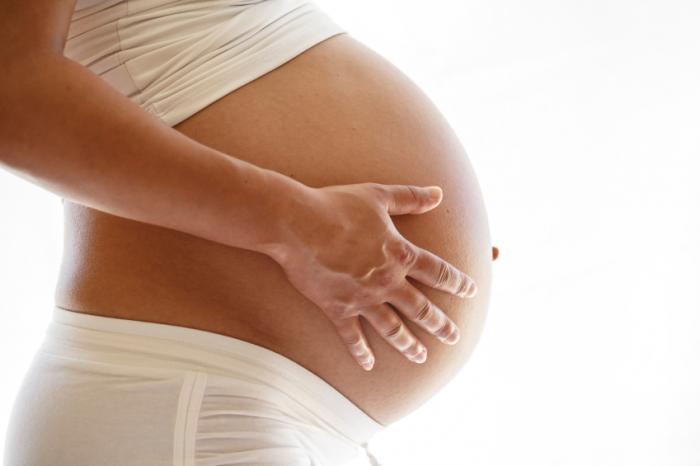 The finding confirms the mosquito-borne Zika virus can cross the placental barrier and “possibly, infect the fetus,” conclude researchers reporting in The Lancet Infectious Diseases.

“This study cannot determine whether the Zika virus identified in these two cases was the cause of microcephaly in the babies. Until we understand the biological mechanism linking Zika virus to microcephaly we cannot be certain that one causes the other, and further research is urgently needed.”

Previous studies have found Zika virus in the saliva, breast milk and urine of mothers and their newborn babies, after having given birth.

But this is the first study to confirm presence of Zika virus in the amniotic fluid of fetuses with microcephaly and thus to show the virus can cross the placental barrier.

Link between Zika and microcephaly

The placenta is the organ in the expectant mother’s uterus that feeds and maintains the unborn child through the umbilical cord. It controls the exchange of substances (including infections) between the mother and fetus, some of which can end up in the amniotic fluid – the protective liquid that surrounds the fetus.

Zika is a mosquito-borne virus that usually results in mild fever, rash, headache, joint pain and non-purulent conjunctivitis (red eye with no pus). One out of four people may not feel or show any symptoms, but those who do develop symptoms have them for 2-7 days and rarely require hospitalization.

Microcephaly is a birth defect caused by abnormal or arrested brain growth in the fetus. Babies with the condition are born with smaller-than-normal heads, and their brains fail to grow as they develop. The condition often results in serious neurological and development problems and sometimes early death.

Brazil has recently seen a surge in the number of babies born with microcephaly. Incidence for 2015 is 20 times that of previous years. At the same time, there has been an increase in Zika infections in the South American country, leading to speculation there may be a link between the two.

Microcephaly has also been linked to other factors, such as genetic disorders, exposure to drugs and harmful chemicals, malnutrition in the mother and other viruses and bacteria that can cross the placenta, such as human immunodeficiency virus (HIV), herpes and other mosquito-borne viruses, such as chikungunya.

The amniotic fluid that the team investigated came from two women (aged 27 and 35) from the state of Paraiba in northeast Brazil. The women had presented with the usual symptoms of Zika virus during the first trimester of pregnancy, and ultrasound scans taken at 22 weeks of pregnancy confirmed their fetuses had microcephaly.

The team analyzed the amniotic fluid – sampled from the women at 28 weeks of pregnancy byamniocentesis – for traces of infections. They used a method called metagenomic analysis that identifies microorganisms through their genetic signature. Both patients tested negative for HIV,syphilis, herpes, dengue and chikungunya.

The analysis also revealed in both cases that the virus is genetically related to the strain identified during a 2013 outbreak of Zika virus in French Polynesia.

In their study paper, the researchers note that while an increase in central nervous system development problems was reported following that outbreak, the occurrence of microcephaly linked to the outbreak was not documented.

In an accompanying commentary, Prof. Didier Musso, from the Unit of Emerging Infectious Diseases, Institut Louis Malarde in Tahiti, French Polynesia, notes that even if all this evidence points to or “strongly suggests” that Zika virus is the cause of microcephaly, we still do not know how many cases are linked to it, and concludes:

“The next step will be to do case-control studies to estimate the potential risk of microcephaly after Zika virus infection during pregnancy, other fetal or neonatal complications, and long-term outcomes for infected symptomatic and asymptomatic neonates.”

Medical News Today‘s recent article on the mosquito, the insect behind the Zika outbreak, explains how the threat of mosquito-borne diseases is growing – they kill over 1 million people a year – and outlines the various measures that are being taken to combat this.