The star took to his Twitter account to share his great achievement, also announcing that a new album is on the way. “Jerusalem Video Just Reached 30 Million Views On Youtube New Album Dropping Soon Wanitwa Mos.”

Former MTV Base VJ, Sizwe Dhlomo congratulated him on his success. Even he admits that 30 million views aren’t easy.Master KG has 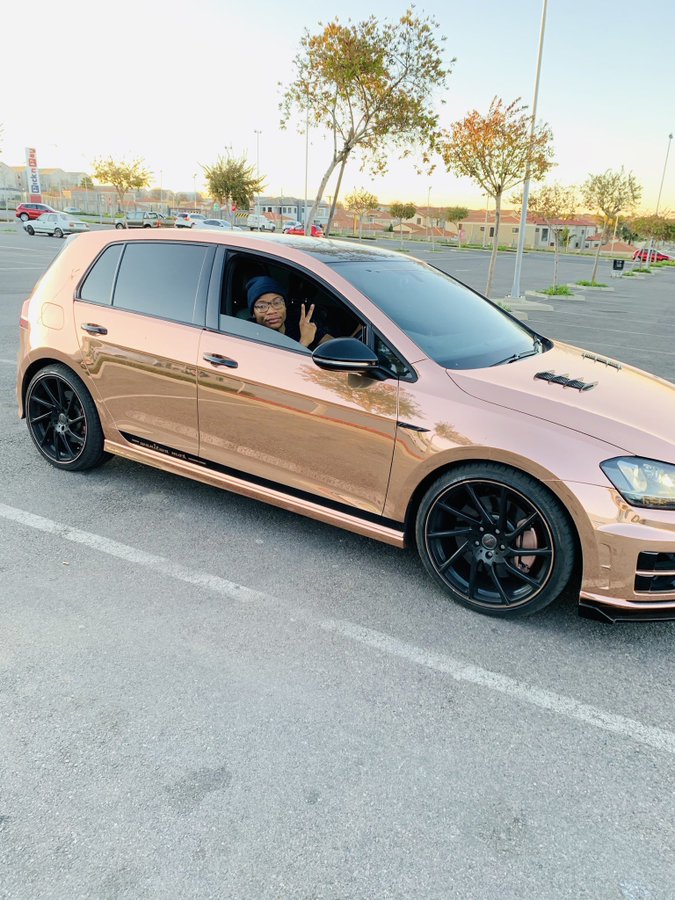 been having a great week. He dropped the remix for Jerusalema with African giant Burna Boy who’s just won a BET Award for Best International act. The record is currently on 1 million YouTube views.

Mzansi’s sought-after international luxury wedding planner, and event designer Precious The Planner, who is known for organizing celebrity weddings and birthday celebrations, is accused of being a scammer. This follows after a Twitter user by the handle of @queen-reigh penned a thread on Twitter, and pulled out some receipts on how the event’s planner allegedly scammed her mother R75 000, for her 21st birthday celebration.I wanna start a threat about how Precious the planner scammed my mom and I… but imma need yall to make some pop corn and drinks because it’s gonna be a whole movie…..The birthday celebration was supposed to take place on the 30th of May. According to the social media user, after they had contacted Precious to render her services for her birthday celebration, she sent them a quotation with an amount of R229 440, that she was going to charge them.

Her mom then allegedly paid Precious R100 000, as per their agreement for her services, as she did not want to be involved in late payments.

Due to the outbreak of Covid-19, they had to cancel the birthday celebration, but when they informed Precious, she said she will charge them a 75% cancellation fee…which raised eyebrows.on the of 16th March she said she will have the save the date invitation done by the 18th March of which she didn’t, we asked twice more and she only send us the save the date invitation on the 31st March loool.
The family’s lawyer allegedly reached out to her, and she made a deposit of 25% saying it was “out of goodwill” because she had already started planning for the birthday celebration, but she is happy to use the amount paid for other future celebrations they might have. DJ Tira is not here for the negativity especially on this special day where he celebrates his milestone.

Makoya Bearings is celebrating 21 years of relevance in the music industry with his EP release signifying his impact in the industry.

Tira is known for his signature ‘Chikichikichaaaa’ that can be heard on all of his songs and features, of which trolls always mock him for.

With all this shine he is receiving Tira has been hit with some negativity from trolls who don’t get how he has survived this long in the game.

Ignoring the negativity, Tira has hit back at the naysayers by saying “Lazy people have big mouths. Always waiting for us working hard to fail. Ninyile ke!!! Good morning hard worker it’s a Monday let’s goooooo.”

Tira responded to a troll who mocked his signature line and called him lazy for coming up with it. Some also came for him for ‘over hyping’ his two-decade long relevance by saying other new genres such as Amapiano has killed his genre and music.

The DJ is not prepared to let the negativity get to him and he savagely clapped back at the troll. Thrown by family and friends, the wife of 59 year-old billionaire businessman Ned Nwoko walked in totally unaware to an elaborate bash for her and her unborn baby.

The young mom-to-be was filmed dancing and having the time of her life alongside a host of guests including her sister wife Laila Charani.

Take a look at what went down…Meanwhile Ned shared another family photo featuring all his children and two of his wives – Regina and Laila who is originally from Morocco.Regina Daniels friends surprise her with a baby shower 😍.

JOHANNESBURG – Hip hop artist Molemo ‘Jub Jub’ Maarohanye has spoken for the first time since being released on parole, saying that prison sharpened his character and broke him down.Jub Jub; born 29 June 1980) is a South African hip hop artist, convicted of culpable homicide for the death of four children in December 2012. He is the son of Jackie Maarohanye. Jub Jub currently hosts the hit reality showHe served his term and returned to society a changed man with a dedicated mind of growing his brand.

Jub Jub landed a role on being the host of one of the shows for Moja Love, Uyajola 9/9 and he captured the hearts of many. He has the streets taking almost every week because of his hosting skills.

Although the show has landed the personality a few haters, Jub Jub, however, has no time for those hating on him as he is hard at work exposing cheaters.

Jub Jub was born and raised in Soweto, Orlando East.

Jub Jub was named Molemo Maarohanye. He was raised by both his parents in a family of five.

After finishing his Primary Studies, Jub Jub got a scholarship to go study in the United States.

This is Jub Jub’s biography.

Maarohanye and his friend Themba Tshabalala killed four children in an accident when they were drag racing near a school in 2010.

The two have been released on parole after serving four years in jail.

“At times I found it hard to cope, prison is not good for anybody,” Maarohanye said on SABC’s Morning Live on Thursday morning, performing his new song Ke Kopa Tshwarelo, meaning ‘I am asking for forgiveness’.

The award-winning singer made sure that even in lockdown her son had a good day, with a celebration at home with his sister Thingo and herself.

Kelly shared on Instagram, snaps of the days and wished Christian a happy birthday.

“Happy Birthday to the most Amazing, kind and thoughtful man in my life ChristianKhwezi. Mommy loves you to the moon and back,” wrote Kelly.

Sophie Lichaba, née Mphasane, formerly Sophie Ndaba, is a South African actress. She played Queen Moroka in the soap Generations. In 2016, she was guest judge in the final Miss South Africa 2016 beauty pageant.

Some accused her of lying, claiming she has HIV or cancer. Sophie has also been the victim of several death hoaxes.

She has held her head high despite the hate and continues to be a proud ambassador for people living with diabetes.

“Diabetes affects your lifestyle, family and job. I am not the same Sophie I used to be … I have recently taught my husband how to test my blood sugar because he has to know what to do when I collapse,”

Sophie is not the only local star who has opened up about what it is like living with diabetes during the coronavirus pandemic. Singer Holly Rey told her fans on Instagram that it is a “scary time” for diabetes sufferers.

Actress Sophie Lichaba says she is grateful to be alive following a visit to the hospital.

The Lockdown star, who has diabetes, revealed on Instagram that she was admitted to the emergency room during the coronavirus pandemic.

“I have seen [the] emergency room once in this delicate time [and it] was just high sugar levels. The doctors, the nurses, the caregivers, the police, the army who daily sacrifice themselves. They all have families that need them too. We pray for you,” she wrote.

Sophie urged her followers to be responsible during the lockdown. “I’m living with diabetes most vulnerable to this pandemic. I’m still here. So grateful. But from tomorrow [1 June] #lockdownlevel3. Let’s be responsible.”

The 48-year-old was diagnosed with diabetes around six years ago.