It never rains but pours for Unathi Nkayi. The celebrated media personality and Idols SA judge is topping the trends after revealing that she won’t be part of Idols SA season 18. However, of interest is the fact that Unathi’s rumored exit will mark the return of fans’ favorite judge Somizi Mhlongo who was axed a few months.

Somizi was dropped from the starstudded judge panel of Idols SA after he was implicated in daring gender-based abuse allegations by his estranged husband, Mohale Motaung. 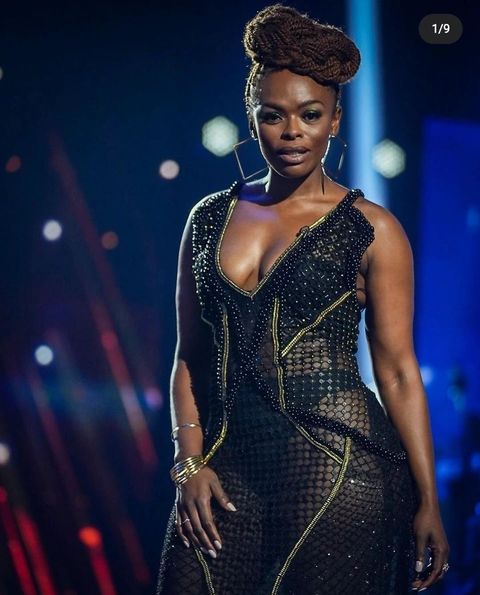 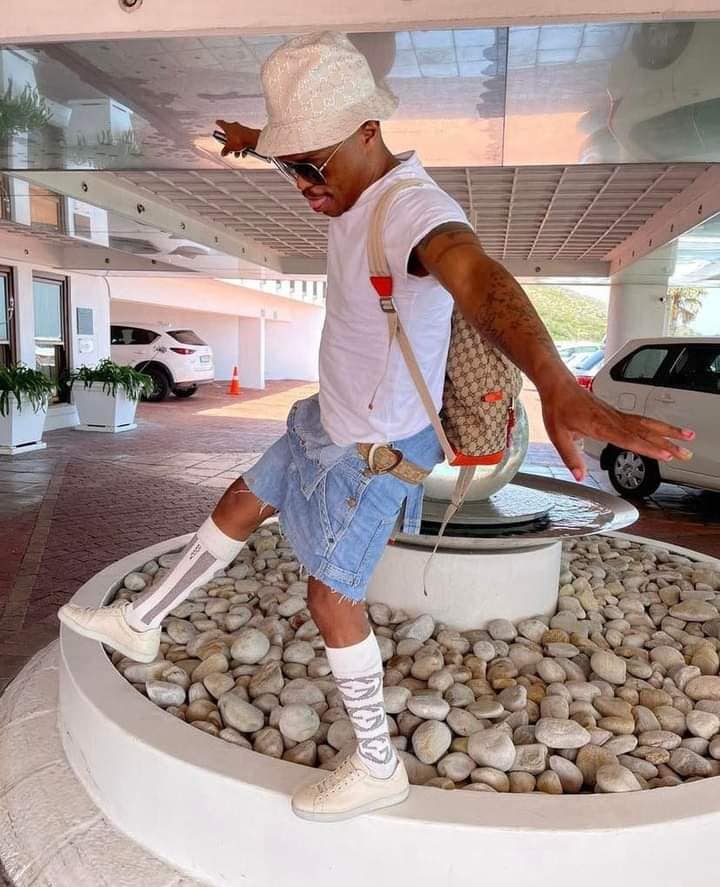 END_OF_DOCUMENT_TOKEN_TO_BE_REPLACED

Over the past years, her and her late husband Shona Ferguson built an empire or legacy, not only for themselves, but also for their children, grandchildren, great grandchildren and co.

Wha the couple did for the South African acting industry is way beyond what many were hoping they will achieve.

They are the founders of The Ferguson films.

The 51-year old sadly lost her husband Shona Ferguson last year. That was one of the most saddest moments not only for the Ferguson family, but also for the country as whole.

Connie Ferguson owns a beautiful mansion in Johannesburg, which it is believed to be costing around R19 million. 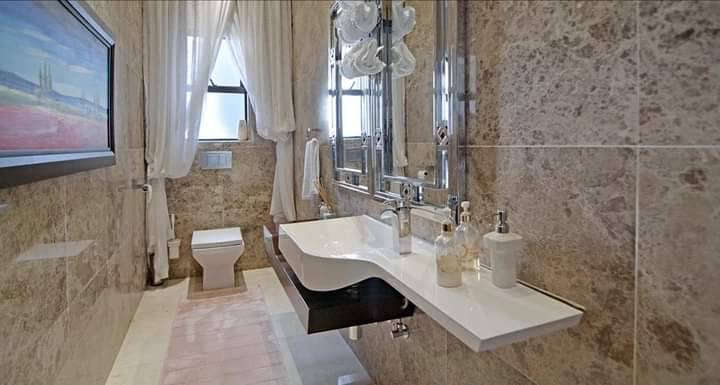 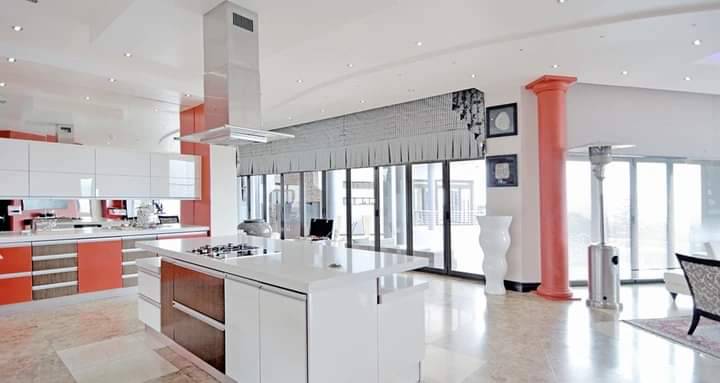 END_OF_DOCUMENT_TOKEN_TO_BE_REPLACED

It took some time for us, as viewers to notice that there is something that is a bit off about Nkanyezi and last night, she was questioned about a very serious matter. Now, it is clear that Nkanyezi is regarded as a troublemaker in the marriage, Maseko made it clear last night what he really thinks about Nkanyezi.

It is even a surprise that she is still part of the family because Maseko just does not care about her anymore. He probably did at some point, but that is no longer there and one can tell by the way he talks to her, Maseko gets annoyed every time Nkanyezi opens her mouth. So, there was a confession that was made, it turns out that Nkanyezi kept a secret from Maseko, the two had a fight last season and Nkanyezi cheated on Maseko with a Pedi guy called Mametja. Nkanyezi got pregnant and eventually got an abortion because she realised what that meant for her future at the Maseko family.

As for the relationship with the Mametja guy, it got a bit serious and Nkanyezi even took pictures with him, the pictures were even on Facebook to show the whole thing was official.

But Maseko reached out to Nkanyezi in an attempt to make things right after the fight they had, Nkanyezi got back with Maseko. Last night, Maseko wanted everything to be out in the open, he asked Nkanyezi about the pregnancy and what ended up happening.

This is when Nkanyezi revealed everything, but Maseko was annoyed from the start because he mentioned how Nkanyezi makes him sick. And this is all confusing because Nkanyezi is there because Maseko wanted her there and even after Nkanyezi revealed the big secret, Maseko did not say anything about breaking up with her.

Instead, the first wife, Mahlalentabeni suggested that Maseko and Nkanyezi should do a cleansing ceremony, they will probably try to get things to be as they were.

There are people who mentioned that Maseko also cheated, so he should not make it seem like he is better than Nkanyezi. And this is probably one of the reasons why Maseko did not go as far as telling Nkanyezi to leave or anything like that.

He did the same thing that Nkanyezi did, so it probably made sense for him to let this one slide, and it seems like Nkanyezi will have to make sure that she does not do anything that will ruin things between her and Maseko.

Master KG referred to Makhadzi as his “wife” on stage just a few weeks earlier. He has now brought the singer home to meet his mother. Despite fans’ claims that he is trying to clout chasing on her name, the Jersulema hitmaker has fuelled allegations that he is genuine about his romance with the Limpopo star.

Master KG said he had taken his girlfriend to his family home in a photo uploaded on social media.

Makhadzi is introduced to his mother by Master KG.

Makhadzi is introduced to his mother by Master KG. Image courtesy of @masterkgsa on Instagram.
On social media, the music producer has even been seen suggesting a sizzling new romance with the singer.

Master KG’s recent announcement of him bringing her home to meet his mother has sparked rumors that a wedding could be on the horizon. A man brings his girlfriend home to introduce them as his future bride in several African cultures. Makhadzi will be hosting Master KG’s birthday celebrations later this month, according to Master KG.

“My birthday celebration kicking off at Propaganda on the 29th January sponsored by the Queen Makhadzi,” he wrote on Facebook.

“This year, we’re celebrating in style,” she said.

Is it possible that it’s a public relations stunt?

Despite their best efforts to persuade us that a romance, if not a wedding, is in the works, Master KG and Makhadzi have been accused of deceiving fans with a publicity gimmick.

In December, the duo released a single called Mosadi Wago Nrata, which means “the woman who loves me.”

Most people who have been bullied when growing up and being called ugly or names, have outgrown their childhood. They are now big and look different from back then. What we love is that they never even lost their way. Confidence is important no matter what anyone thinks of you. The Qwabe twins are a force to be reckoned with. The twins come far from their Idols SA days. Now they are one of the most talented vocalists in the country. Afrotainment was the perfect fit for them. Not only have they found themselves in the enterainment industry but also in life. They are more beautiful than before with confidence oozing out of them.

They shared a cute moment between them making a toast. They certainly don’t look like the twins that we met on the Idols stage. Their fans couldn’t stop complimenting them. These two always leave us mind blown with their pictures.

The journalism industry has been rocked by a death in the new year. A camera operator for one of South Africa’s biggest investigative journalism show has sadly died. It has not been announced what caused his death or where he was when he died.

A statement released by the show today said, ” It is with great sadness that we hear of the passing of beloved cameraman, Piet Snyman. He worked on many Carte Blanche stories, was known for his bravery and always went the extra mile. Our condolences go out to his family, friends and colleagues.” “piet, it was always a comforting feeling to read your name on the callsheet. how lucky for me to have known you! you’ll be sorely missed. thank you for everything,” said fellow employee at Carte Blanche Claire Mawisa as she paid tribute to the late cameraman.

Carte Blanche is a South African investigative journalism television series that airs on M-Net during prime time viewing on Sunday nights, currently at 19:00. It was launched in 1988[1] and has since earned credibility amongst South African viewers for its investigation into corruption, consumer issues and current events. The series also has received numerous awards.