By the time an infant is 9 months old, solid foods have the greatest impact on the gut microbiota, having taken over from the mother as the main influence, says research published in mSphere.

The gut microbiota, or gut microbiome, refers to the community of 100 trillion plus microbial cells that live in the digestive tract. 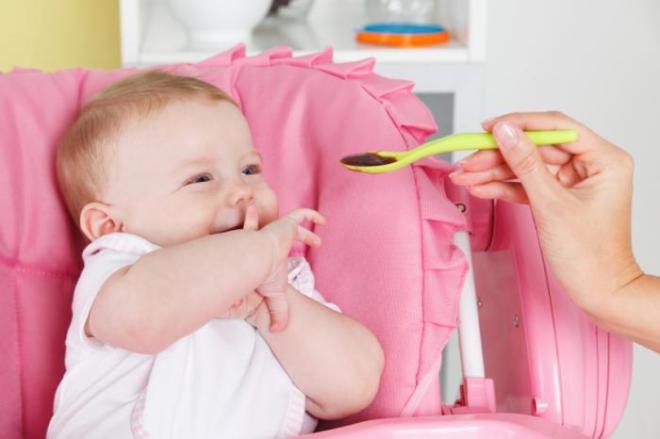 Interest in the gut microbiome has grown in recent years, as researchers have discovered that it influences human physiology, metabolism,nutrition and immune function.

Disruption to the gut microbiota has been associated with gastrointestinal conditions such as inflammatory bowel disease and obesity.

At birth, children have no microbes in their gut, but colonization happens as soon as they are born.The gut microbiota establishes itself over the next few years, and, on the whole, it will then stay with the person for life.

Each adult’s gut microbiota is specific to the individual. Although changes can occur in response to factors such as diet, these will be minor.

Senior author Tine Rask Licht, PhD, professor and head of the Research Group for Microbiology and Immunology at the National Food Institute, Technical University of Denmark, describes it as “more or less like a fingerprint.”

Diet has a strong impact on the gut microbiome, and breastfeeding is known to be an important influence.

Children of obese parents have a higher risk of developing obesity, partly because of genetic predisposition, but largely due to the gut microbiota.

Previous studies have focused on the impact of early infant diet, and particularly breastfeeding, but less is known about the influence of maternal obesity on the infant gut microbiota.

The tendency to become obese can be transmitted either through microbes passed to the infant during birth or through the family’s dietary habits.

Martin Laursen, of the Technical University of Denmark, and colleagues compared the gut microbiotas of two cohorts of infants. The first group consisted of 114 children born to healthy mothers. In the other group were 113 children born to obese mothers.

The researchers analyzed stool samples from the children at 9 and 18 months. They then compared microbiota data with breastfeeding patterns and details of individual diets.

By 9 months, most children had transitioned, to some extent, to a complementary diet. The major determinants of gut microbiota development were the length of time that the mother breastfed the baby and the composition of the solid foods.

The introduction of solid foods with high protein and fiber contents had a strong impact on the gut microbial composition in both groups.

The researchers found that solid foods are the main driver of development of the gut microbiota at the age of 9 months, and this food determines the diversity and composition of the microbiota.

“Our results reveal that the transition from early infant feeding to family foods is a major determinant for gut microbiota development. Maternal obesity did not influence microbial diversity or specific taxon abundances during the complementary feeding period.”

Earlier this year, Medical News Today reported on research suggesting that the type of delivery an infant has can affect the composition of his or her gut microbiota.