As more people are able to live a healthy life after cancer, recent research suggests that young women who are diagnosed with ovarian cancer now have the chance to conceive later in life, thanks to safe and successful ovarian transplants. 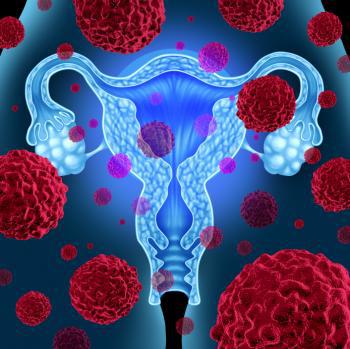 A review published in the journal Human Reproduction shows that transplants of tissue that has been removed, stored and transplanted back into the same woman can last for 10 years or more in some patients and enable pregnancy in many, with little risk of triggering a relapse of ovarian cancer.

Tissue is removed prior to treatment for cancer, to be replaced later in order to preserve fertility. The fear has previously been that the cancer will return – introduced by cancer cells in the transplanted tissue – but the current research suggests otherwise.

It tracks the work of the Danish Cryopreservation Program, the ovarian transplantation program that began in Denmark in 2000. Since then, nearly 800 women have had tissue frozen.

The status of 41 women was followed up over 10 years; they had received a total of 53 transplantations of thawed ovarian tissue between 2003-2014. Ovarian function, fertility and the safety of the procedure were assessed.

Of the 41 women, 32 hoped to conceive. Ten (31%) were successful and had at least one child (14 children in total), including one woman soon to give birth at the time of the study. Eight children were conceived naturally following the transplantation, and six were conceived with the help of in vitro fertilization (IVF).

There were two legal abortions for reasons unrelated to ovarian cancer and one miscarriage in the 19th week of gestation.

Three transplants were done over 10 years ago, six more than 8 years ago and 15 more than 5 years ago. The others have had transplanted tissue for between 6 months and 5 years. Two women became pregnant 5 years after transplantation, suggesting that the tissue maintains fertility even after prolonged periods of time.

The full functional lifespan of grafts is still being evaluated, because many of the women’s ovaries are continuing to function.

“As far as we know, this is the largest series of ovarian tissue transplantation performed worldwide, and these findings show that grafted ovarian tissue is effective in restoring ovarian function in a safe manner. In this series of women, the pregnancy rate was about 30%. The fact that cancer survivors are now able to have a child of their own is an immense quality of life boost for them.”

No relapse of cancer in ovarian tissue

Contrary to previous fears, there were no relapses in the transplanted ovarian tissue. Of the three relapses that occurred, two were of breast cancer at the site of the original tumors, and one was of Ewing’s sarcoma.

As progress is made in terms of quality of life after cancer, as well as techniques for removing, freezing, storing and transplanting, fertility preservation is increasingly becoming an integral part of treatment. Safety and effectiveness are still being assessed, but the current study has positive implications.

Women with leukemia have not been given transplants because of the increased risk of spread or recurrence.

The researchers stress the importance of following up women after such transplants. They mention that 30-50% of young women do not receive fertility counseling when diagnosed with cancer, suggesting a need for greater awareness of the possibilities.

The team will continue to monitor the women. “We hope that our results will enable this procedure to be regarded as an established method in other parts of the world, which has an important implication on how it is funded and reimbursed,” Jensen concludes.