Multi-talented TV actor and radio host Khaya Dladla, who was thrust into the spotlight after he bagged the flamboyant and quick-witted character of GC on, SABC1’s fan-favourite popular sudser Uzalo, has moved on with his life. This follows after his character was written off the story-line, on the show. 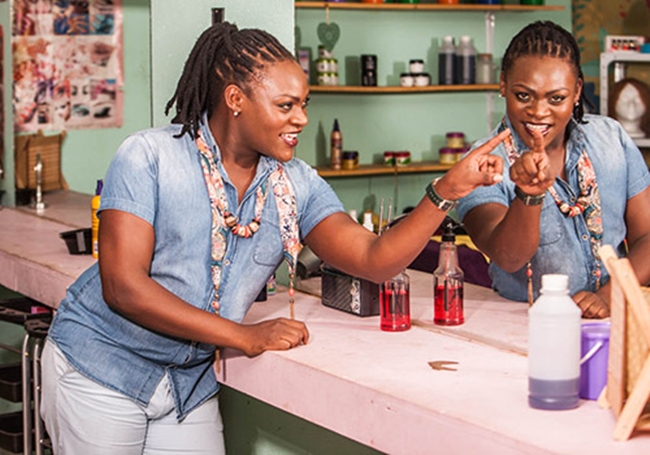 The talented actor who dabbles as an entrepreneur and a radio host, recently got up close and personal with ZAlebs about his illustrious career in the limelight and his thriving radio career, after playing the renowned character on Uzalo.Image Credit: Daily Worthing
Khaya who started his career in the entertainment business 23 years ago said his plan was not to be on TV. He elaborated that he saw himself dominating the airwaves and being famous for his beautiful voice on the radio.

But he was thrust into TV when said Duma Ndlovu, the producer of Uzalo said to him he must audition on Uzalo and he landed his big break on the show. The entertainment industry is known for the glitz and glam and Khaya says it can either make you or break you.

Speaking on whether the industry has always been what he expected he said:mage Cred: The Citizen
“It is exactly what I thought it would be, definitely not easy, people don’t know, it has never been an easy ride, it has been a hectic ride. Some of the projects you work on are more profitable, some carry more weight some are more meaningful and some are more of a lesson”

“From working with different producers and directors you learn that okay I like this style of working so when I to get to this point I want to work like this person and you move to another place you realise that these ones they work like this and I don’t like that, then I won’t keep it, so every day you learn and also selective hearing is very important because also there are things you hear about yourself that you choose to stay away from, the industry is polluted so you must check carefully.”

Khaya Dlala had a successful run on Uzalo, however, his character was written off on the show. The flamboyant actor won the hearts of many South Africans, and became a household name. Speaking about his departure on the show he said it really hit him hard.

“The thing is with me leaving the show, I didn’t process it because I wasn’t told I was leaving the show, so there was no time for me to digest that in the next three months I won’t be on this show because, no one said anything to me about not coming back. Other actors were told that they won’t be coming back but I was not,” he said.