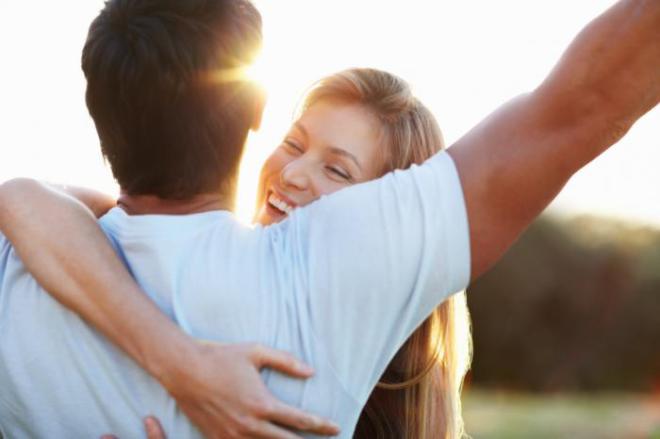 A recent study on anandamide, known as the “bliss molecule,” was carried out by the university’s Daniele Piomelli and his colleagues. The findings, which are the first of their kind, are published inProceedings of the National Academy of Sciences this week.

Anandamide, named after the Sanskrit word for “joy, bliss, delight” is a naturally occurring endocannabinoid that is involved in heightening motivation and happiness.

Endocannabinoids are a group of chemicals that work at the same brain cell receptors as the active ingredient in cannabis – tetrahydrocannabinol (THC). They have been implicated in a number of roles including pain-sensation, mood, appetite and memory.

Piomelli – founding director of the Drug Discovery and Development Department at the Italian Institute of Technology in Genoa, Italy – and his team of researchers measured levels of anandamide in mice that had either been allowed to interact with each other or kept in isolation.

The team found that mice that were allowed to interact socially showed increased levels of anandamide in a brain structure called the nucleus accumbens. This area of the brain forms part of the basal ganglia and is thought to play an important role in a host of responses and emotions, including motivation, pleasure and reward.

The experimentally induced increase in anandamide was found to reinforce the pleasure of socialization. Conversely, when experimenters blocked the cannabinoid receptors so that anandamide was prevented from binding to them, this reinforcement disappeared.

Oxytocin, a peptide hormone, is also known to be involved in social interaction and the pleasure we derive from it. The neurotransmitter – thanks to its potential role in love, female reproductive functions and social bonding – has also been referred to as the “hug hormone,” “moral molecule” and the “chemical cuddle.”

Because of oxytocin’s role in social interaction and pleasure, Piomelli’s team explored possible interactions between these two emotive molecules. To this end, the researchers stimulated oxytocin-producing neurons. With this increase in oxytocin, they were able to measure a parallel increase in anandamide production within the nucleus accumbens. As oxytocin increased, so did anandamide.

Further to this finding, Piomelli’s team discovered that if anandamide’s effects are blocked, the pro-social effects of oxytocin also diminish. This finding implies that oxytocin’s social bonding effect is induced by the release of anandamide.

To add additional fuel to the fire, researchers conducted a further stage of experiments. The team interrupted the degradation of anandamide so that the molecule was able to remain active longer than it would in natural conditions. The team observed that the experimental animals behaved as if they enjoyed spending time with their cage mates more than the placebo group.

Oxytocin has been shown in previous research to make people feel more extroverted; this ability has prompted researchers to consider its potential application in the treatment of autism. Despite the interesting and potentially positive emotional effects of oxytocin, its pharmacological application offers some challenges.

The chemical is a short peptide, and as such, is very difficult to deliver directly to the human brain. This current research, showing the first proven link between the “bliss” and “love” chemicals, could open new doors for future interventions via this interesting alternative mode of action.

“Our findings open the exciting possibility that drugs that block the degradation of anandamide, which are currently being tested for various anxiety disorders, could give a boost to the brain’s own oxytocin and help people with autism socialize more.”