Scientists have discovered a molecular mechanism that allows tumors to develop resistance to chemotherapy. The molecular mechanism acts as a backup when a gene called p53, that normally helps healthy cells prevent mutations, is missing. About half of tumors do not have p53. 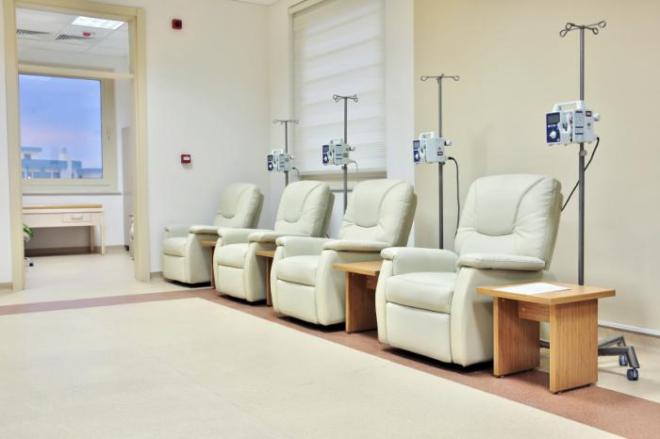 Chemotherapy works by damaging DNA so cells stop dividing. But in the absence of p53, cell division continues – thanks to the MK2 pathway – and so cancer cells continue to proliferate after chemotherapy.

In the journal Cancer Cell, researchers from the Massachusetts Institute of Technology (MIT) in Cambridge report how they discovered that an RNA-binding protein called hnRNPA0 is a key player in the backup pathway, as senior author Michael Yaffe, a professor of biology and biological engineering, explains:

“I would argue that this particular RNA-binding protein is really what makes tumor cells resistant to being killed by chemotherapy when p53 is not around.”

In healthy cells, p53 supervises cell division and shuts it down to repair damaged DNA. And if the DNA damage is too great, it triggers apoptosis – programmed cell death.

Prof. Yaffe and colleagues discovered that when p53 is missing – as it is in about half of all tumors – the MK2 pathway takes over. They suggest targeting the backup system could make p53-deficient tumors much more susceptible to chemotherapy.

Another suggestion is that it may be possible, by measuring how active the backup system is, to predict which tumors are likely to benefit from chemotherapy.

In the new study, he and his colleagues take a closer look at the MK2 pathway, which is how they found the RNA-binding protein hnRNPA0 is a key player.

All life on Earth today depends on three types of biological molecule: DNA, RNA and proteins. Proteins are the workhorses of cells, while DNA (deoxyribonucleic acid) and RNA (ribonucleic acid) carry the genetic information that passes from one generation to the next.

While DNA and RNA are similar in structure, they play different roles: RNA helps to pass the genetic information encoded in DNA onto proteins. RNA is also important for protein synthesis and gene regulation.RNA-binding proteins are molecules that attach to RNA to control many aspects of gene regulation: switching genes on and off, or increasing and decreasing their expression. One way they do it is by binding to messenger RNA (mRNA), which carries genetic information copied from DNA.

Scientists are becoming more and more interested in RNA-binding proteins and the role they play in cancer therapy; however, many of the ways they work at the molecular level are still to be discovered.

Measuring pathway can predict response to chemotherapy
In the new study, the researchers show that the RNA-binding protein hnRNPA0 controls cell division at two important checkpoints in the MK2 pathway. In healthy cells, the checkpoints allow cell division to pause and give time for DNA that may have been damaged during chromosome copying to be repaired.

One of the checkpoints – called G2/M – is normally activated by p53. In lung cancer cells lacking p53, hnRNPA0 helps to stabilize the coding for a key control protein called Gadd45. In the other checkpoint – called G1/S – when p53 is missing, hnRNPA0 stabilizes the coding for a backup protein called p27. Gadd45 and p27 help cancer cells to pause cell division while DNA is repaired.

The researchers found that measuring levels of the mRNA for Gadd45 and p27 could help predict which patients are likely to respond to chemotherapy.

In a trial of patients with stage 2 lung cancers, they showed those with high levels of mRNA for Gadd45 and p27 did not respond as well to chemotherapy as patients who had low levels of both.

Prof. Yaffee says you could use this measure as a surrogate for the presence or absence of the pathway and concludes:

Using mice, he and his colleagues are already testing whether the MK2 pathway might be a good target for making tumors more susceptible to chemotherapy. One approach they are trying is using nanoparticle sponges that mop up the RNA-binding protein so it can no longer promote cell survival.

The study shows that cancer cells, like healthy cells, have molecular mechanisms that help them maintain their integrity and survive. Medical News Today came across another example of this earlier this year, where researchers identified a molecule thathelps BRCA2 cancer genes resist treatment. The team, from Yale School of Medicine, said that without the molecule, called co-factor DSS1, the mutated genes cannot do their job of repairing the cancer cells’ DNA. BRCA2 is a tumor suppressor gene that can cause breast and ovarian cancers in as many as 60% of women who have the mutated form.