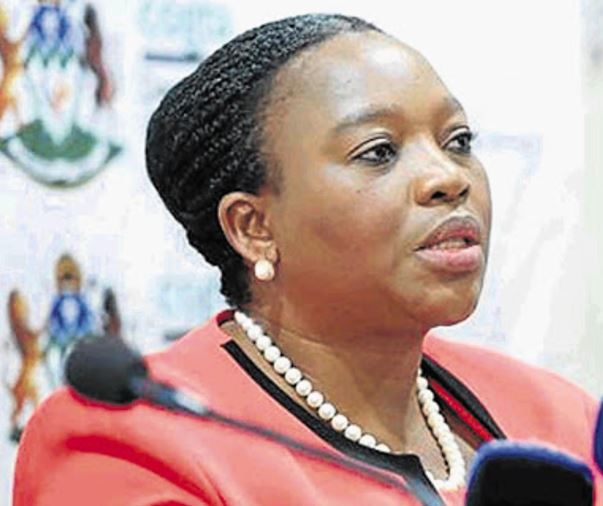 KwaZulu-Natal economic development, tourism and environmental affairs MEC Nomusa Dube-Ncube said this arrest was made by senior officials from her department’s consumer protection services who conducted a series of investigations after complaints of price hiking.

She said the owner of Longbury Meat Market was arrested as her department is intensifying the implementation of a zero-tolerance policy towards price gougers who are using the coronavirus outbreak to sell much-needed food and other products at inflated prices.

She said if found guilty, the owner — who admitted hiking prices — will pay a R1m fine or up to 10% of his business’s annual turnover.

“In addition, there is a possibility of imprisonment for a period not exceeding 12 months.”Dube-Ncube said there were other cases which the consumer protection services investigated after complaints from consumers.

One is against Checkstar Supermarket in Phoenix where officials found excessive pricing of Savlon antiseptic liquid.

She said this matter has been referred to the police for further criminal investigation.

She said her officials also investigated allegations against Pick n Pay Supermarket in Ballito, Hyper by the Sea in Durban and Pick n Pay in Pietermaritzburg,

Dube-Ncube said there were allegations of excessive pricing on Lucky Star tinned pilchards and hand soap.

“This matter has been referred to the National Consumer Commission and Competition Commission for a non-compliance notice to be issued against the supermarket,” Dube-Ncube said.

She said consumers also lodged complaints against Safair Operations for refusing to issue a refund, but instead handed over vouchers after deducting a R300 cancellation fee.

“It has been explained that consumers should not be penalised in view of the national disaster announced by the president of the republic … Cyril Ramaphosa.

“In order to protect consumers from exploitation during this period of lockdown, the department has engaged the services of the Consumer Goods Scheme Ombudsman,” Dube-Ncube said.

She said the ombudsman has since issued a statement warning retailers and airlines of the consequences of non-compliance with the Consumer Protection Act.