African traditional wedding attire means a bride wears a isidwaba, which is a leather skirt, a isicwaya, which is skin to cover her breasts, and a inkehli, which is a hat to cover the head. The bride is also adorned with colourful beads, which are also worn by her bridesmaids. A groom wears ibheshu, which is a covering made from calf skin that he wears instead of pants, or if he decides to wear pants, he wears umbhulaselo, which are pants that are brightly decorated with beads. He completes his wedding attire with a traditional headband. 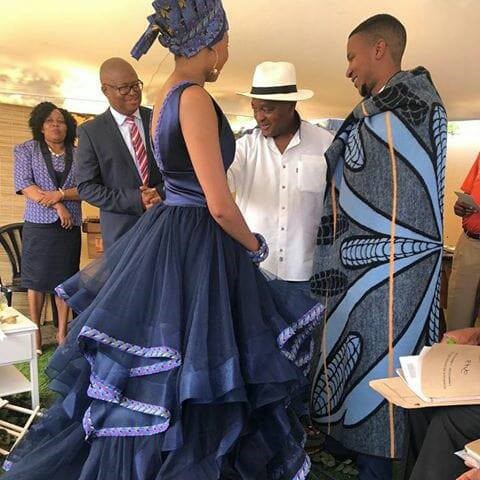 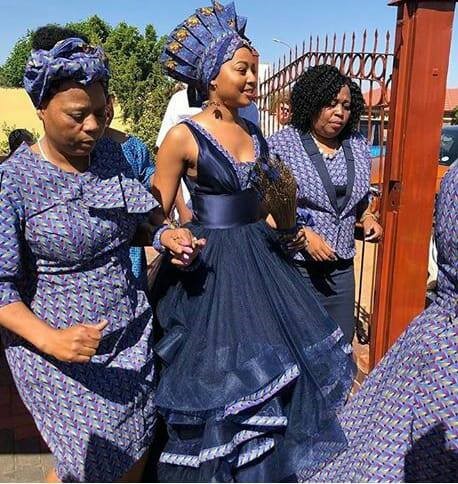 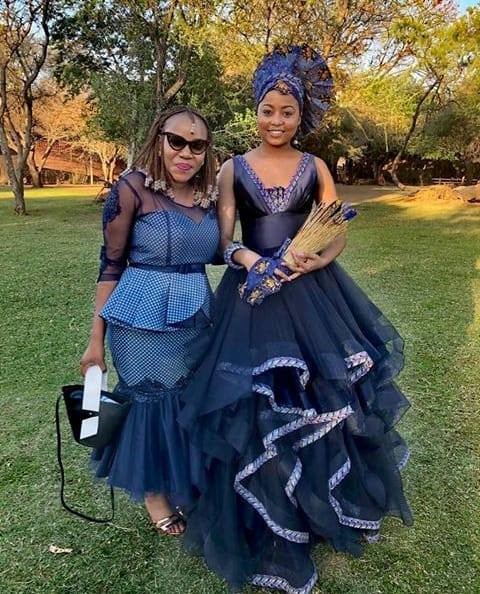 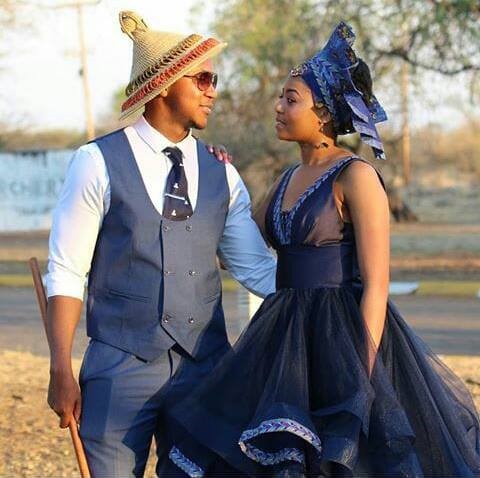 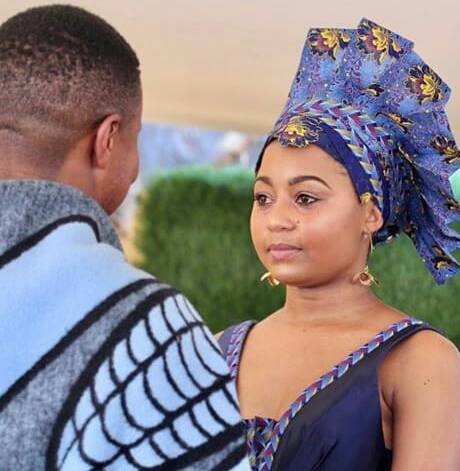