With no effective treatments currently available, there is an urgent and important need to develop new drugs to treat pancreatic cancer. After carrying out tests in lab cells and mice, researchers propose that nimbolide, a natural extract from the leaves of the neem tree, could meet such a need. 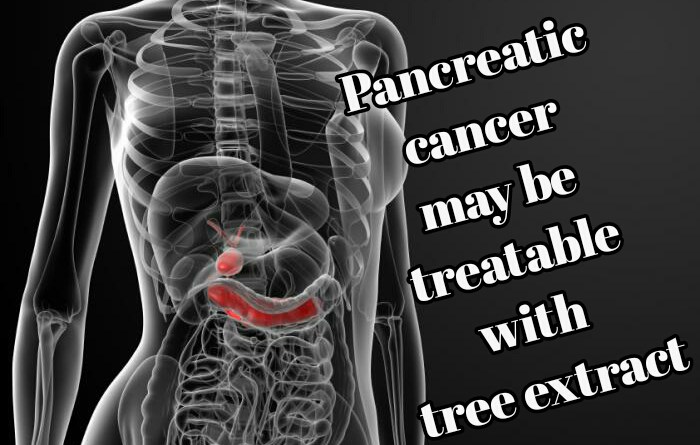 “The promise nimbolide has shown is amazing, and the specificity of the treatment towards cancer cells over normal cells is very intriguing.”

Pancreatic cancer is the fourth leading cause of cancer-related death in the US and is projected to become the second leading cause by 2020. It is the only major cancer, note the authors, where fewer than 6 out of every 100 patients survive more than 5 years after diagnosis.

The main reason pancreatic cancer is so deadly is because it is very difficult to diagnose in the early stages, before it has started to spread and invade surrounding tissue and other organs, which it does very fast.

Consequently, most patients with pancreatic cancer are diagnosed when the disease is in an advanced stage. For them, surgery is rarely an option, underscoring the importance of finding new therapies.

Nimbolide boosts production of reactive oxygen species
Nimbolide is a natural extract derived from the leaves and flowers of the neem tree (Azadirachta indica) that is widely used in traditional medicine to treat a variety of human ailments.

Previous studies of nimbolide’s effect in lab cells and animals reveal that nimbolide has a number of anti-cancer properties. The compound interferes with cancer cell signaling pathways that are linked to inflammation, survival, growth, invasion, development oftumor blood vessels and cancer spread, or metastasis.

The new study, which tests nimbolide specifically on pancreatic cancer cell lines and mice, finds the compound is effective in inhibiting cancer growth and metastasis.

The researchers found that nimbolide boosts the production of a group of molecules known as reactive oxygen species (ROS), which is known to regulate cell death by apoptosis (self-killing) and autophagy (self-eating).

Further experiments in the pancreatic cancer cell lines revealed that ROS generation by nimbolide curbed proliferation of cells and reduced their ability to migrate, invade and form colonies.

However, the authors note that an area that needs to be researched further is the complex interplay between apoptosis and autophagy resulting from the nimbolide-induced boost in ROS. In this study, the anti-cancer effect of nimbolide seems to be via apoptosis, and not via autophagy, which other studies suggest may actually increase cancer cell survival.

Nimbolide ‘attacks pancreatic cancer from all angles’
The results show that nimbolide reduced the size and number of pancreatic cancer cell colonies by 80% and curbed their migration and invasion capabilities by 70%.

Experiments in live mice also showed that nimbolide is effective in inhibiting pancreatic cancer growth and metastasis, note the authors.

An important finding of the study is that nimbolide did not appear to harm healthy cells – either in the lab cultures or in the live mice.

As many people in India eat neem and do not appear to experience harmful side effects, the authors suggest using nimbolide for pancreatic cancer would be unlikely to produce the side effects typically seen with chemotherapy and radiation therapy.

However, while this fact and the study findings all sound promising, Prof. Lakshmanaswamy points out there is still a long way to go before nimbolide is ready for treating pancreatic cancer in humans.

The team is continuing their research into the anti-cancer properties of nimbolide and also plans to investigate how best to administer it to maximize its effect on pancreatic cancer.

Meanwhile, Medical News Today recently learned how researchers have found a way to hit pancreatic cancer hard with a device that uses an electric field to drive a deadly combination of four chemo drugs directly into the tumor while limiting side effects to the rest of the body.