If you have made any New Year’s resolutions, chances are, one of them is to eat better. But with an overwhelming array of diets to choose from, it can be difficult to know which one is best. Now, US News & World Report have released their 2016 Best Diet Rankings with the aim of helping millions of Americans achieve a healthier lifestyle. 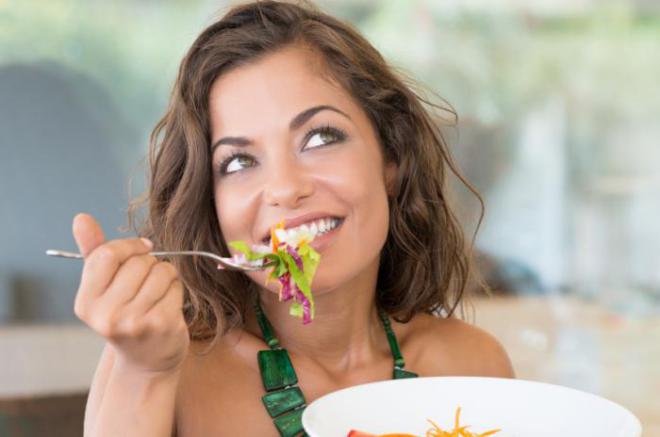 A panel of health experts – including Dr. Lawrence Cheskin, founder and director of Johns Hopkins Weight Management Center in Baltimore, MD, and Kathie Beales, associate professor in the Division of Nutrition at the University of Utah – was enrolled by US News & World Report to review and rank 38 of the most popular diets.

“Our rankings put hard numbers on the belief that no one diet is ideal for everybody, but the best food plans overall are sustainable,” notes Angela Haupt, senior editor of US News.

“Besides the rankings and data, each diet has a detailed profile that includes how it works, evidence that supports or refutes its claims and a nutritional snapshot – tools that, along with the advice of a physician or nutritionist, can help consumers invest in diets that suit their lifestyles and further their health and wellness goals.”

The health expert panel gave the DASH diet almost full marks for safety and nutrition, though the diet was not ranked highly in terms of weight loss, coming in at number 12.

Just behind the DASH diet were the Mediterranean-DASH Intervention for Neurodegenerative Delay (MIND) diet and the Therapeutic Lifestyle Changes (TLC) diet.

Only developed last year, the MIND diet incorporates components of both the Mediterranean diet and DASH diet – with particular focus on consumption of berries rather than all fruits – and last year, researchers found it could reduce the risk of Alzheimer’s disease by 35%. The MIND diet was also rated the easiest diet to follow in this year’s list.

Weight Watchers was founded more than 50 years ago by an American homemaker named Jean Nidetch. Today, it is one of the most popular diets, adopted in more than 30 countries.

The diet operates on a points system; a person is given a daily and weekly points allowance to spend on food. Points allowances are calculated using age, gender, weight and height, and each food is given a points value based on its nutritional values.
Previous research has shown Weight Watchers to be an effective diet for weight loss; a 2011 study reported by MNT, for example, found people referred to Weight Watchers by their doctors lost twice as much weight over 12 months than those on standard weight-loss care.

According to the experts, Weight Watchers “promotes a healthy, balanced approach to eating,” and they state that the diet provides adequate nutrients and promotes steady rather than rapid weight loss, which is better for health.

Closely following Weight Watchers for best weight-loss diet is the Health Management Resources (HMR) program, which involves a number of weight-loss programs that individuals can engage in at home or at a clinic. One program involves home delivery of healthy meals and shakes.

Best diets for heart health and diabetes
When it comes to the best heart-healthy diet, the Ornish Diet came out on top – an eating plan developed by Dean Ornish, a professor of medicine at the University of California-San Francisco, in 2007.

The Ornish diet incorporates what is called the “spectrum” – five groups that incorporate different foods. Group one is made up of the healthiest foods, and group five consists of foods high in saturated fats. Dieters are asked to choose where they are in the spectrum and make adjustments based on what they want to achieve, whether it be to lose weight or lower blood pressure.

According to the health expert panel, as long as dieters limit intake of foods in group five and stick to eating foods in groups one to three, they will fall in line with the US government’s dietary recommendations.

For individuals with diabetes, you may be surprised to hear that the Fertility Diet was hailed number one – a diet that aims to boost ovulation and improve fertility. This diet also came fourth in best overall diets.

The Fertility Diet is made up of 10 steps, such as avoiding trans fats, consuming more unsaturated fats, eating more vegetable proteins and opting for whole grains and carbohydrates that are not highly refined. “The diet is a generally healthy diet that can be followed by many people,” according to one health expert.

It goes without saying that not every diet will work for everyone, but the US News & World Report 2016 Best Diet Rankings may provide some useful guidance on which diet is best for you, based on what you want to achieve.

Our Knowledge Center article “What is a healthy diet? What is healthy eating?” provides further information on the best foods to eat for a healthier lifestyle.

MNT recently reported on a study published in the Journal of the Association for Consumer Research, which found that individuals tend to perceive healthy foods as less filling, potentially leading to overeating and weight gain.

Fast facts about the 2016 Best Diets