The number of moles on one’s right arm could be used to predict the risk of melanoma – the deadliest form of skin cancer – according to a new study by researchers from King’s College London in the UK. 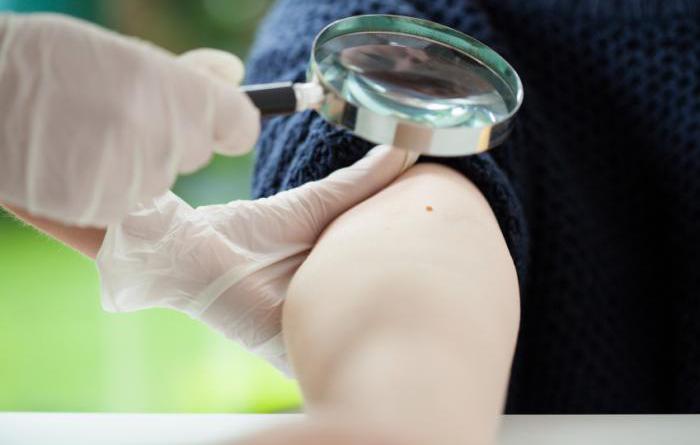 Lead author Simon Ribero, of the Department of Twin Research and Genetic Epidemiology at King’s College, and colleagues publish their findings in the British Journal of Dermatology.

While melanoma accounts for less than 2% of all skin cancercases in the US, it is responsible for the vast majority of skin cancer deaths. This year, more than 73,000 new melanomas will be diagnosed in the US, and almost 10,000 people will die from the disease.

Moles, or nevi, are a key risk factor for melanoma; the more moles a person has, the more likely they are to develop the disease.

According to Ribero and colleagues, each additional mole represents a 2-4% increased risk for melanoma, but the researchers note that in a primary care setting, counting every mole on each patient is time-consuming.

As such, the researchers set out to determine whether the number of moles on a specific area of the body could be used to provide an estimate of the total number of moles on the entire body, therefore indicating a person’s risk for melanoma.

At least 11 moles on right arm may indicate greater melanoma risk
Between January 1995 and December 2003, the team analyzed data of 3,594 female Caucasian twins who were part of the TwinsUK study.

Trained nurses conducted a freckle and mole count on 17 body areas of each participant, whose skin type and hair and eye color were also assessed. The researchers then replicated their findings in a smaller study involving around 400 male and female subjects.

Ribero believes these findings may have important implications for melanoma diagnosis in primary care settings:

“The findings could have a significant impact for primary care, allowing GPs to more accurately estimate the total number of moles in a patient extremely quickly via an easily accessible body part. This would mean that more patients at risk of melanoma can be identified and monitored.”
Commenting on the findings, Dr. Claire Knight, of Cancer Research UK, notes that while they are “useful,” fewer than half of melanomas develop from existing moles. “So it’s important to know what’s normal for your skin and to tell your doctor about any change in the size, shape, color or feel of a mole or a normal patch of skin,” she adds.

“And don’t just look at your arms – melanoma can develop anywhere on the body, and is most common on the trunk in men and the legs in women.”