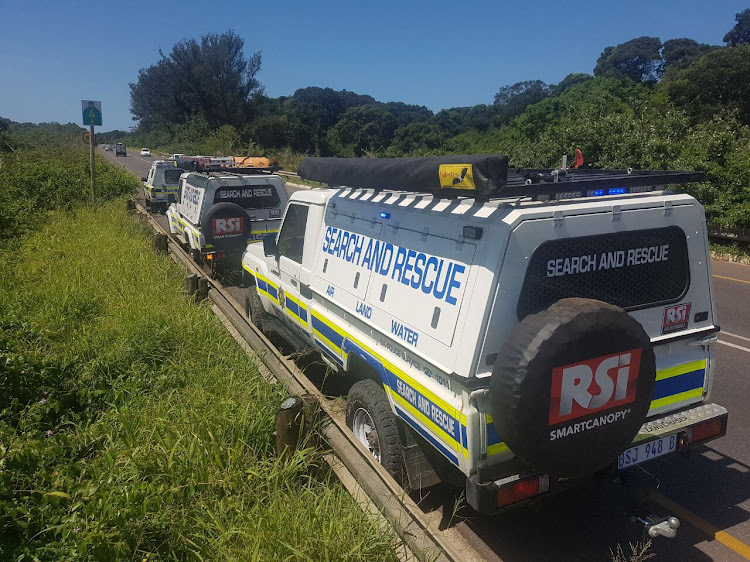 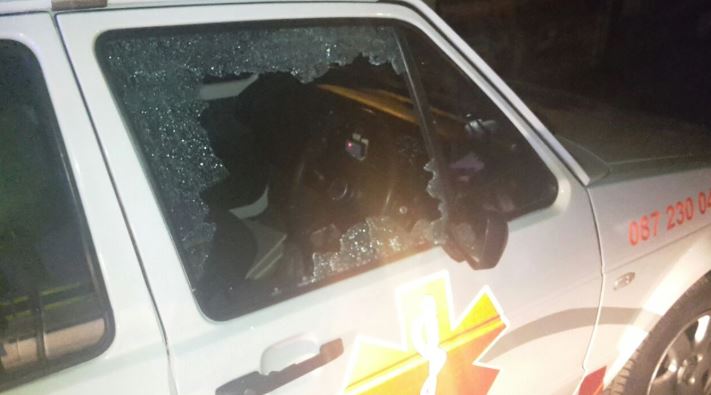 Community medic crews treating patients in Du Noon were robbed at gun and knife point and had their personal valuables and some equipment stolen.
Image: Supplied

Two Community Medics crews were attacked and robbed at gun and knife point in the early hours of Saturday while treating patients in Du Noon‚ Cape Town.

Community Medics spokesperson Kim Jurgens said the medics’ personal valuables and some of their equipment had been stolen in the armed robbery.

The medics had managed to escape unharmed.

“Trauma counselling has been arranged for all involved‚” Jurgens said.

“One of our response vehicles was damaged when a brick was thrown through the window and broke the window and damaged the door and locking mechanism on the other door.

“The family of the patient put themselves in danger to protect our crew‚ and we are pleased to report that they were not injured‚” Jurgens said.

This was one of two attacks on EMS crews overnight‚ she added.

GOLDEN ARROW BUS DRIVER RECOVERING AFTER BEING SHOTThe man was shot six times while driving into a depot earlier this week.

CAPE TOWN – A Golden Arrow bus driver is recovering in hospital after he was shot several times during an attack in Philippi.

The man was shot six times while driving into a depot earlier this week.

Golden Arrow’s Bronwen Dyke-Beyer says at this stage, the motive for the attack is not clear but the bus service is working closely with the South African Police Services (SAPS).

“We would urge anybody who has any information to please come forward.”

“The victim sustained multiple gunshot wounds to his body. He was transported to hospital for treatment. No one has been arrested at this stage,” says SAPS Spokesperson Noloyiso Rwexana.

OHANNESBURG – Mpumalanga police are searching for the criminals responsible for torching two school buildings in Siyabuswa.

It’s believed angry residents were behind the crime in the early hours of Saturday morning, following a by-election in the Dr JS Moroka Municipality which didn’t yield the desired result for some.

Police say three classrooms were damaged at one school, while the staffroom was affected at another.

Police spokesperson Leonard Hlathi said: “This is uncalled for. We call it a sabotage to learners because you are stopping the process of learning and teaching. In that way, you are making the learners to be criminals tomorrow.”

JOHANNESBURG – One man has been critically injured following an accident on Friday night in Westonaria, west of Johannesburg.

It is believed that the man lost control of his car and crashed into a lamp post resulting in him sustaining serious injuries.

ER24 spokesperson Annine Siddall said: “At approximately 20.30pm, paramedics arrived at the scene and found the man lying next to the vehicle. The man was immediately treated and transported to a nearby hospital for further medical care. Three more men, who were passengers, did not sustain any serious injuries.”

The details surrounding the crash are not yet known and are being investigated.

Gauteng Education MEC Panyaza Lesufi says he wants to ensure that the pupils who have been violated at Parktown Boys High School feel comfortable speaking out about the incidents before a disciplinary committee.

Lesufi visited the school yesterday to investigate claims of assault and racism.

Last year the school came into the spotlight when a water polo coach who has since resigned was accused of sexually assaulting at least 20 pupils.

A total of six teachers have been accused of various acts of misconduct including assault and racism.

Lesufi says he’s aware of parents refusing to have their children testifyagainst the teachers out of fear of further victimisation.